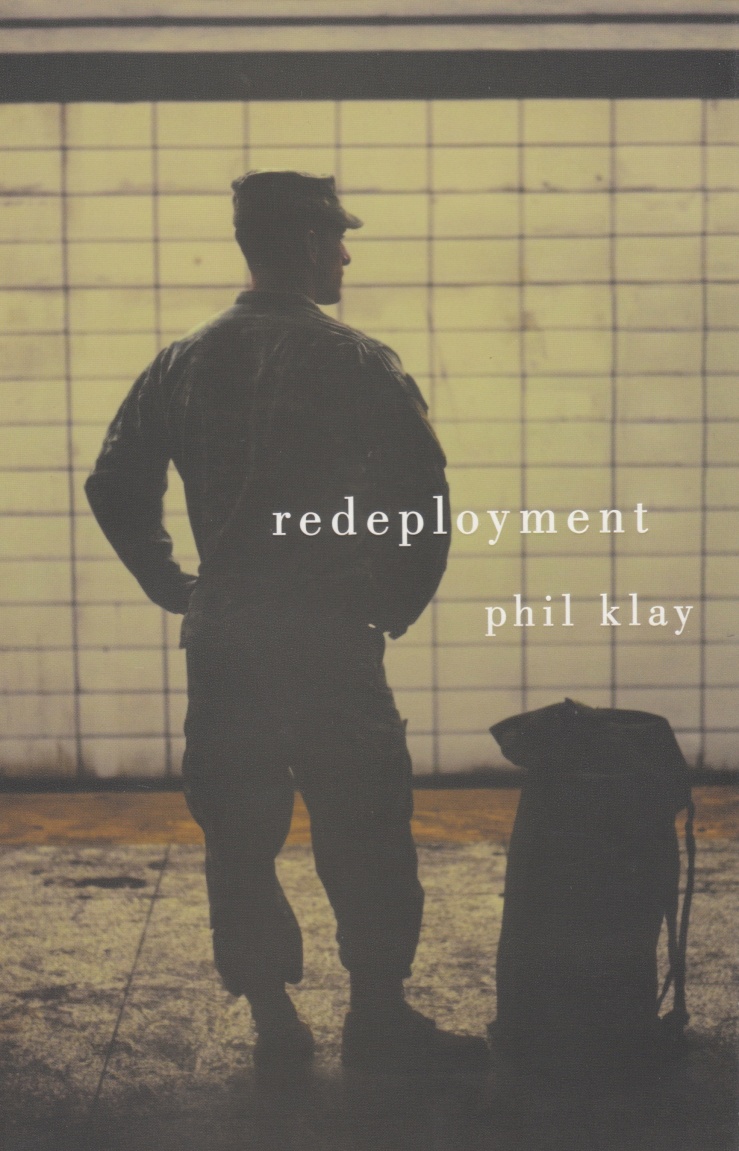 “Your wife takes you shopping in Wilmington. Last time you walked down a city street, your Marine on point went down the side of the road, checking ahead and scanning the roofs across from him. The Marine behind him checks the windows on the top levels of the buildings, the Marine behind him gets the windows a little lower, and so on down until your guys have the street level covered, and the Marine in back has the rear…

Instead, you’re stuck in an American Eagle Outfitters. Your wife gives you some clothes to try on and you walk into the tiny dressing room. You close the door, and you don’t want to open it again.”      Redeployment, by Phil Klay

Redeployment, Phil Klay’s collection of short stories, won this year’s National Book Award. It’s been hailed as THE literary work that captures the Iraq and Afghanistan wars, destined to become a classic of war literature.

Klay served during the Surge as a public affairs officer in Anbar (Iraq), which has now been infiltrated by ISIS. All the stories in this collection are written from the first person point of view: a military chaplain, a Mortuary Affairs officer, a Marine home on leave, and others because, as Klay said in an interview, each person has a different experience of war. He wanted to capture those varied perspectives.

If you read Redeployment, you’ll encounter stark realism, much profanity, and a bewildering array of acronyms: SITREP (Situation Report), RPG (Rocket-Propelled Grenade), CASEVAC (Casualty Evacuation), EOD (Explosive Ordnance Disposal), UXO (Unexploded Ordnance).  There is no glossary, of course. Reading along without knowing what the acronyms mean has a confusing and disorienting effect that adds to the sense of overwhelming fear and danger.

Klay is a master at conveying situation and character through dialogue and idiosyncratic points of view. These soldiers are strangers in an utterly baffling land. They return home as aliens, isolated and unable to relate to “normal” American life. They are ciphers to an American public tragically disengaged from the war being conducted by their own country. I, myself, do not know a single Iraq or Afghanistan war veteran.

There have been a number of interesting interviews with Klay, especially since he won the National Book Award. An NPR interview by Terry Gross is one of my favorites. Terry is adept at asking the hard questions, and Phil Klay is an intense, thoughtful man, a Catholic who attended Jesuit schools. He does not come out in favor of or against the wars, although it’s clear he does not like incompetent leaders or clueless, insensitive civilians.  As any good writer does, he lets character and situation tell the stories, allowing readers to draw their own conclusions.

In one interview, Klay says that when he returned from Iraq he ran into a friend who said she couldn’t possibly imagine what he’d been through. That did not sit well with Klay. He in fact wanted very much for his friends and American civilians to imagine and understand, which is one of the reasons he wrote the stories.

Klay has also said that asking veterans if they ever killed someone is “the most obscene question you can ask.”

After reading (surviving!) Redeployment, I feel as though saying “Thank you for your service” to military personnel I might encounter would be incredibly lame. I’m not sure I could come up with the right words to show I have even a semblance of an understanding and thatI want to understand more.

Redeployment is not comfortable or comforting reading, but necessary if we civilians want to pay attention.