“Humboldt talked of ‘mankind’s mischief…which disturbs nature’s order’. There were moments in this life when he was so pessimistic that he painted a bleak future of humankind’s eventual expansion into space, when humans would spread their lethal mix of vice, greed, violence and ignorance across other planets. The human species could turn even those distant stars barren and leave them ‘ravaged’, Humboldt wrote as early as 1801, just as they were already doing with earth….”

I didn’t have the camera or the skills to do justice to the landscape we drove through late one afternoon and into the evening on our cross-country journey. Mile after mile of drilling, fracking, and water pillaging, as far as the eye could see. We found our way into this surreal place unawares, and emerged a few hours later, shaken and sober. 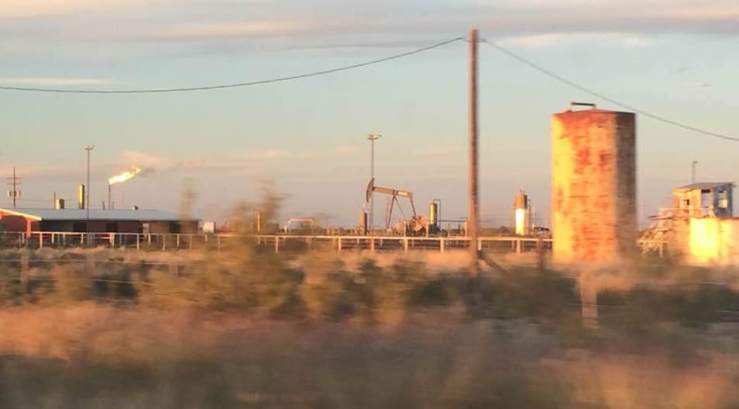 Living in the Finger Lakes region, I’ve been spoiled: citizens came together to successfully outlaw fracking. Scenes such as these are not unfamiliar to me, though. I grew up in Cleveland and saw heavy industry smokestacks often. But I have never seen anything on this scale before. Hundreds of gas flares marked the landscape as if there were some dire emergency – which I believe there is.

We arrived at our rather desolate, but welcome, motel room and, as timing would have it, that evening I finished reading The Invention of Nature by Andrea Wulf, about a man who, over 200 years ago, predicted that humans would wreak havoc on the environment. 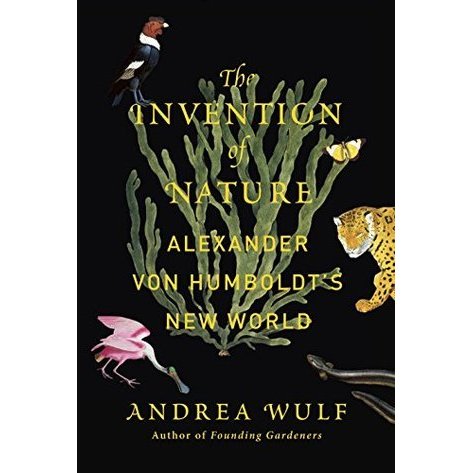 The German scientist and naturalist Alexander von Humboldt has been largely forgotten, even though he was an international “rock star” of his time, and even though many parks, lakes, mountains, towns, and counties in the US are named after him. Andrea Wulf’s biography, published in 2015, has resurrected his legacy and spirit. Her book won the James Wright Award for Nature Writing, the Royal Geographical Society Ness Award, and many others, and it was named a best book of the year by many newspapers and publications.

“They were crawling on hands and knees along a high narrow ridge that was in places only two inches wide. The path, if you could call it that, was layered with sand and loose stones that shifted whenever touched. Down to the left was a steep cliff encrusted with ice that glinted when the sun broke through the thick clouds. The view to the right, with a 1,000-foot drop, wasn’t much better. Here the dark, almost perpendicular walls were covered with rocks that protruded like knife blades.

Alexander Humboldt and his three companions moved in single file, slowly inching forward….It was 23 June 1802, and they were climbing Chimborazo, a beautiful dome-shaped inactive volcano in the Andes that rose to almost 21,000 feet, some 100 miles to the south of Quito in today’s Ecuador.”

As a young man, Humboldt spent five years exploring South America and, later in life, about a year traveling through Siberia. For much of the rest of his years, he conducted research and scientific experiments, lectured, taught, and wrote books about his findings. His books were unlike any seen before, with his discoveries about climate and the natural world. Nearly bankrupting himself, he hired botanical illustrators, naturalists, and researchers to assist him in creating magnificent volumes that were much in demand and translated into many languages.

Humboldt is incredibly important because he concluded that nature was a vast, interconnected global force, and that human impact locally could have ramifications globally.

He had the radical notion that nature did not exist to serve humanity. His work and ideas influenced Charles Darwin, Henry David Thoreau, John Muir, and others. I like that Wulf devotes entire chapters to Darwin, Thoreau, Muir and a few others, so we can see how they carried Humboldt’s ideas forward in understanding nature and climate.

“… [John] Muir experienced the natural world in a new way….he now began to see connections. Everything was important in this grand big tangle of life. There existed no unconnected ‘fragment’, [John] Muir thought. Tiny organisms were as much part of this web as humankind. “Why ought man to value himself as more than an infinitely small unit of the one great unit of creation?’ Muir asked. “The cosmos,’ he said, using Humboldt’s term, would be incomplete without man but also without ‘the smallest transmicroscopic creature.’”

I love this description of Humboldt’s privately sponsored lectures, which women were allowed to attend. (At that time, women could not attend university lectures or meetings of scientific societies.)

“By not charging any entry fee, Humboldt democratized science: his packed audiences ranged from the royal family to coachmen, from students to servants, from scholars to bricklayers – and half of those attending were women.

With his gentle voice Humboldt took his audiences on a journey through the heavens and deep sea, across the earth, up the highest mountains and then back to a tiny fleck of moss on a rock. He talked about poetry and astronomy but also about geology and landscape painting. Meteorology, the history of the earth, volcanoes and the distribution of plants were all part of his lectures. He roamed from fossils to the northern lights, and from magnetism to flora, fauna and the migration of the human race. The lectures were a portrait of a vivid kaleidoscope of correlations that spanned the entire universe.” 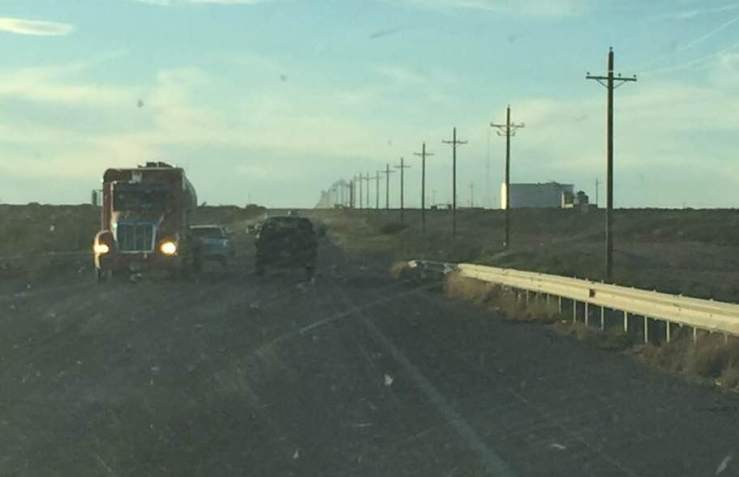 Humboldt wrote prolifically. His most influential books are:

Cosmos: Sketch of a Physical Description of the Universe (Five Volumes)

“The connection between knowledge, art and poetry, between science and emotions – the ‘deeply-seated bond’, as Humboldt called it – is more important than ever before. Humboldt was driven by a sense of wonder for the natural world – a sense of wonder that might help us today realize that we will protect only what we love.”

Our reward for making it through the landscape in these pictures was a full moon rising. 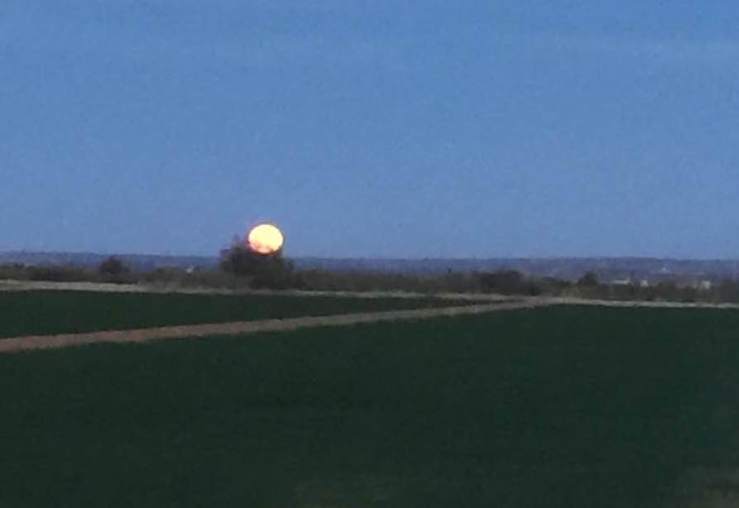 Days later in our journey, we passed by Humboldt Toiyabe National Forest in eastern Nevada.

Coming up next, places and images of great beauty and more luscious books, I promise!