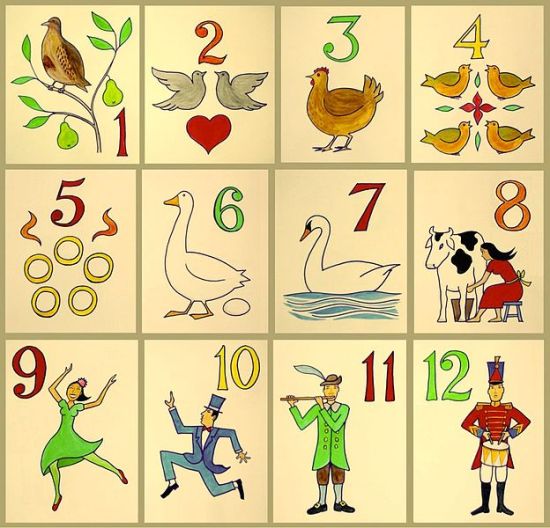 The Quivering Pen has been my happiest blog discovery of late. It’s a rich, beautifully written site about books, writing, and the literary life by David Abrams, a former Army journalist and author of The Fobbit, a comic novel about the Iraq War.

David is an expansive, passionate reader who writes eloquently about new, backlist, classic, and “lost gem” titles. You’ll find unusual and off-the-beaten-path books to add to your to-read list, and if you’re a writer, you’ll appreciate David’s generous sharing of his own journey and the wisdom of other writers.

The Twelve Days of Christmas Song Poster by Xavier-Romero Frias is licensed under CC BY-SA 3.0. 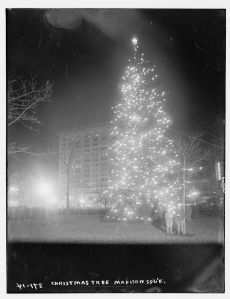 You could spend hours browsing the photos and traveling back in time at Ephemeral New York.

The photo above is from “Which city park hosted the first Christmas tree?”  New York City during the holidays is transcendent, no matter what the century.

Years ago, I jogged past Carl Shurtz Park every day, but I never knew Peter Pan lived there.

Nine Barrow Street in Greenwich Village bears a version of my husband’s family name, in honor of an inventive Irish blacksmith. I found that out when I read, “A village monument to a 19th century blacksmith.”

There are 75 posts about out-of-date guidebooks.

And 45 posts about defunct department stores.

Many a bittersweet tale, as well:  “The Tragedy of the Loveliest Woman in America” and “Notes Pinned to Babies at the Foundling Asylum.”

You could write a book about each and every post at Ephemeral New York. 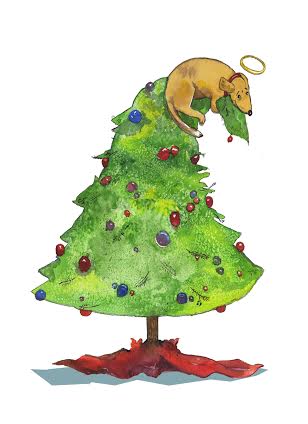 Karen Sandstrom blogs at Pen in Hand. I love her drawings, her little stories, her commentary, and her wry sense of humor. She’s a writer, journalist and illustrator who lives in Cleveland, my hometown.

Karen created something called “I Must Remember This,” about the daily habit of creativity, which is posted in my home office and gets me back on the writing track when I need it.

Visit her website and take a look at the woman standing in the rowboat clutching a book – I love that picture.

Here are a few of my favorite Pen in Hand posts:

I like “Cut Flowers” because I grew up in a flower shop and because I also love Molly Peacock’s book, The Paper Garden. Now I don’t have to write about the book on Books Can Save a Life, I’ll just link to Karen’s fascinating and informed post.

The Geography of Memory

This one’s about a Cleveland suburb on Lake Erie that I visit from time to time.

I like “An Artist’s Stool” because I will always remember listening to jazz in the Flats on the Cuyahoga River when I was in high school. Yes, that’s the river that caught fire.

This one, because I belong to that tribe, too. 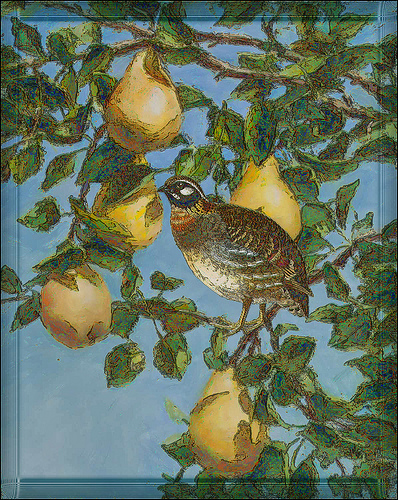 I thought it would be fun to feature twelve of my favorite blogs, one each for the twelve days of Christmas. These are among my favorites because the authors are passionate about something – books, gardening, nature, cooking, art, spirituality – and they consistently draw me in, even if I know nothing about the topic. Always, I find renewal and a deeper appreciation for life thanks their insights and unique perspectives.

On the first day of Christmas I’ll highlight a book blog, Word by Word. Claire never fails to come up with a book I know I’ll love. Often it’s a book off the beaten path, one I wouldn’t encounter on my own, and her reading is international in scope. She lives in France, and I enjoy when she tells us about the literary scene in Paris, London, and other places she visits. Often, I learn something new about a writer or a moment in literary history.

I’ve never been to the Cité du livre, which must be a book lover’s dream. In this post Claire offers us a tour.

(“Partridge in a Pear Tree” photo by Cindy Mc is licensed under CC-by-NC 2.0)

Many thanks to Claire McAlpine, who tagged me in a Five Favorite Books challenge, which I’m to pass on to five other bloggers. Here goes, but before you read on, be sure to visit Claire’s delightful blog, Word by Word. Claire, who lives and works in the south of France, is a prolific, passionate reader who never fails to inspire me when I’m wondering which book to read next.

Of course, it’s impossible for me to name my five favorite books of all time, so here are five books I love that happened to come to mind as I sat down to write this: 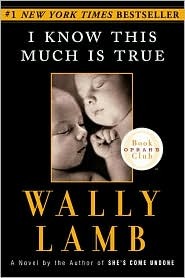 I Know This Much Is True, by Wally Lamb.  I’ve read all of Lamb’s novels, but my favorite is I Know This Much Is True, about twin brothers, one with schizophrenia. Dominick Birdsey is an unforgettable character, and so is his brother, Thomas, who battles the demons of serious mental illness. My mother had schizophrenia, so for me this book is especially meaningful. Lamb’s portrayal of the illness is spot on. I Know This Much Is True blends comedy and tragedy as Dominick soldiers on in the difficult odyssey that is his life, the kind of real-life struggles we can all identify with. You just won’t want to stop rooting for Dominick, and I, for one, couldn’t stop reading until I found out whether he would end up with the love of his life.  I was taken with the darkly comic opening involving a librarian who has an especially trying day. (I read this before I knew I was going to become a librarian.) Check out Wally Lamb on Facebook. He’s a generous, down-to-earth author who loves talking with his readers.

In October, 2013, Lamb will publish his newest novel, We Are Water. In this video, Wally Lamb tells how We Are Water came about. Listening to his story will make you want to get the book, which I’ll be writing about in a future post.

Jane Eyre, by Charlotte Bronte. I’m a romantic, partial to female gothics, and there is the undercurrent of madness, which “transfixes” me (as Mr. Rochester would say). I read this in high school and have been fascinated and mystified by it ever since. Has anyone seen the most recent movie incarnation? I thought Mia Wasikowska and Amelia Clarkson (young Jane) were fabulous. And Judi Dench, of course.

When We Were Orphans, by Kazuo Ishiguro. When I was looking for a hyperlink to When We Were Orphans, I was surprised Wikipedia authors say it is regarded by some as Ishiguro’s weakest book. I don’t see that at all. For me, it eloquently captures childhood loss and its lifelong consequences, and there’s also the fascination of Ishiguro’s typically unreliable, self-deluded narrator. Except in this case I think the narrator comes to a sad, more realistic understanding of himself and the world. I’ll say no more since I’d like to write further about this book in the future.

Plainsong, by Kent Haruf. I loved visiting this small Colorado town and meeting the simple, kind, and decent people there. It does my heart good to know there are writers like Haruf creating fictional worlds like this one. I was swept away by Plainsong and the sequel, Eventide. Haruf makes writing look easy, but this sort of simplicity isn’t easy at all. I’ve not had the pleasure of reading his newest book, Benediction. Can’t wait. I’ll be sure to write about it here.

David Copperfield, by Charles Dickens. I read this in high school, too, and haven’t read it since then, so I want to revisit it sometime soon. Another deprived childhood story.  (Do you see a trend here?) After I read David Copperfield I felt I’d lived an entire life. This is a great book to read when you are young and just starting out, and then at least once again when you’re looking back. I believe there was a PBS version that aired in the dark ages when I was reading the novel. It, too, was wonderful.

A Leaf in Springtime  Sheer exuberance in writing and photography, by Sharon, who is Chinese (born in Malaysia) and now living in Finland.

The Hiker Mama  I love the Pacific Northwest, and I wish this blog had been around when we were hiking with our sons. Jennifer and I had the pleasure of taking a class together taught by Christina Katz.

Fine Little Day  Because I’m half Swedish and I love fabrics and country houses and all sorts of beautiful domestic things.

Flowery Prose  Plants, veggies, flowers, gardens, the outdoors, and lots of fascinating information about all of these.