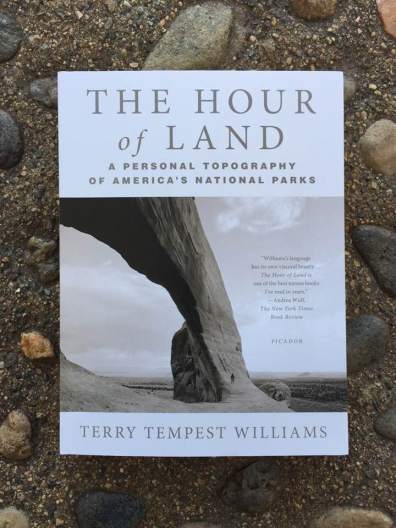 “When you’re in a place that is not your own among people not like you, your first impulse has to be respect. Even if you don’t understand, you have to show respect for what is technically called another epistemology, another way of knowing the world.” – Barry Lopez

After nearly eight years of blogging at Books Can Save a Life, I’ll be taking a break to work on other writing projects and bookish activities. I’ll be back from time to time, though, when extraordinary books and literary happenings come along.

When I started Books Can Save a Life, I was thinking primarily about books saving lives personally and individually. Over the years, my reading has come to include books that I believe save lives in a much broader sense. Books have always been a way for me to understand the world, and I believe books can help us save value systems, democracies, species, and perhaps even humanity.

We don’t really know, of course. Barry Lopez recently said there is no place for despair and pessimism if we are to have the energy and wisdom for a massive course correction:

“The whole thing is on the line now. The entire meaning of the evolution of homo sapiens. We either show that our power of invention is tremendous or we show that the development of the imagination in the hominid line was maladaptive.”

Barry’s latest book, Horizon, a culmination of his life as a world traveller and seeker, is a handful at over 500 pages. If you don’t want to take on the book, I encourage you to listen to this 15-minute interview with Lopez at Public Radio International’s Living on Earth. It is filled with transcendent words of wisdom I wish everyone could hear.

All of us can work toward a more humanitarian culture and learn to take better better care of the earth. We’ve reached an inflection point in human history, and it’s our destiny to do the important work we’re each called to do. Reading can fortify us.

I’ve enjoyed sharing my reading journey with you.

“You can call it global climate change, you can call it the disintegration of democratic forms of government….the need to attack this issue, to me, is like one of the great voyages that we now have to choose to make, to move into unknown territory, into uncharted lands….My hope is that people will say, ‘We’re in trouble. What is going to be the vessel on which we sail?’  And, maybe more importantly, ‘Who is going to be the navigator?'” – Barry Lopez