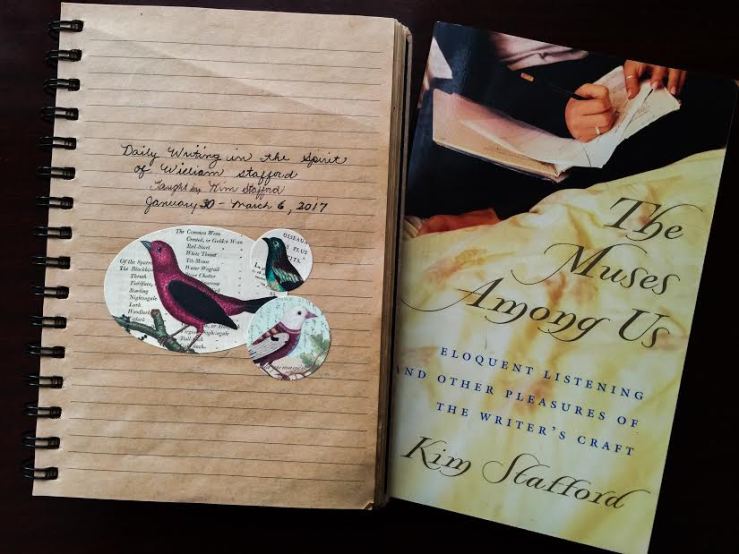 I was not happy when the President tweeted that our nation’s news media is the enemy of the people.

Given the President’s careless and disrespectful words, it was a comfort to be taking an online class with like-minded people, “Daily Writing in the Spirit of William Stafford,” taught by his son, poet and essayist Kim Stafford.

A poet and pacifist, William Stafford was amazingly prolific, having written some 22,000 poems during his lifetime. 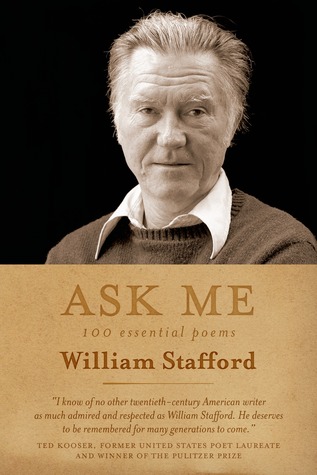 He had an early morning writing practice, and he never missed a day. Kim Stafford introduced us to his father’s writing process, gleaned from the stacks of journals William Stafford left behind. Kim encouraged us to relax into our writing, to be seekers as William Stafford was, to experiment and explore.

Our only requirement in this five-week class was to maintain a daily writing practice and share one day’s unedited writing with the class once a week. As you can imagine, the daily post-election drama weighed heavily on many of us and showed up often in our writing.

I chose not to work on my memoir during the 30 – 60 minute daily writing practice I began in connection with this class. Kim Stafford believes that, though writing can be hard work, it can be a pleasure, too, something to look forward to. When the writing isn’t easy, Kim looks for ways to make it more easeful. Since working on the memoir is goal-driven and often difficult or stressful, I decided to see if I could make my early morning writing time something separate and satisfying.

It did become that, and I now have the beginnings of several writing projects that I could develop further if I choose to:

I met some wonderful people, writers of all levels, including: a poet who is also a traditional letterpress printer and bookbinder in Virginia’s Blue Ridge Mountains; a professor of psychology and education with a background similar to my own (she also had a mother with schizophrenia) who developed a psychological tool to measure levels of humiliation that is used around the world; and another poet whose dream is to establish a retreat for artists and writers at her home on Whidbey Island.

If you are a writer and would like to know more about Kim Stafford’s approach to writing, you might enjoy his book of essays, The Muses Among Us: Eloquent Listening and the Pleasures of the Writer’s Craft. My copy is marked up with several favorite passages.

This quote is on the Northwest Writing Institute website:

“The problems of our time are political, ecological, economic—but the solutions are cultural. How do people speak their truth? How do we listen eloquently? If communication is the fundamental alternative to violence and injustice, what is the work of each voice among us?”  Kim Stafford

For a time, twenty of us enjoyed communally “the daily bread of language,” as my new poet/printer friend would say.

Here is a link to William Stafford reading “At the Un-National Monument Along the Canadian Border.”

It just so happened that at the close of our class, Terrain.org: A Journal of the Natural and Built Environment featured a fascinating interview with the Stafford family, “Talking Recklessly.”