A couple of weeks ago I went to the Saturday farmer’s market, where quite unexpectedly I met six local authors. I’ve written before about the great small businesses in our town, and our pharmacy is one of them. Gift department manager Stefani Tadio supports and promotes the work of local artists and authors, and she organized this author/book event.

I enjoyed meeting and talking with Beverly, Kim, Roz, Katie, Elizabeth and Liz. I asked them about their writerly inspiration and research.

“I usually write long historical romance–mostly set in western America in the 1800’s, but I will also have a Medieval anthology coming out in the fall/winter and a civil war novel in the future, as well as a Canadian Mounted Police novel. I’ve also been included in anthologies and novellas.

As far as researching goes: first I investigate climate, terrain, foliage and fauna, foods, and items used at the time, types of lingo, and slang.

For example, in A COWBOY CELEBRATION, which is set in Wyoming in 1882, I had to make sure there were apples and what kinds, what the growing season would have been, and the ripeness and color of the apples hanging on the trees. Thank God for the internet, because it’s so much easier today than years ago doing research.

But my problem is, I get so wrapped up in research that I spend hours reading every tidbit and never use half of I read. I think that happens to a lot of us. But I love finding the answers!”

“I started writing as a form of catharsis made necessary by having to watch my son suffer through drug addiction.  You see, books save lives in the writing, as well as in the reading of them.

Shortly after I started writing The Post Office, my son was arrested on drug-related charges and ended up in a prison where he was not allowed to have books. He’s been an avid reader all his life; this was the very definition of cruel and unusual punishment.  So I started sending him my chapters, imbedded into letters, so he’d have something to read. He would edit them and make suggestions in the margins and mail them back. We had a flurry of mail going back and forth and I’ve not been as prolific since.   His one pencil became his most important possession while he suffered through his time there, and his proverbial fingerprints are all over my book.

My suspense novel features six characters, five of which are made up and one of whom is not –it’s me; putting my story and feelings into keystrokes, which turned into pages, then chapters, made it possible to function during some very dire times. I keep writing now that he is clean, to document his success and to let other mothers know that drug addiction can be survived. It’s my belief that it is very important to be talking about addiction; there are so many suffering from it, and even more people who suffer on the sidelines as I did and do; I hope that my efforts will help people to be comfortable with this conversation.” 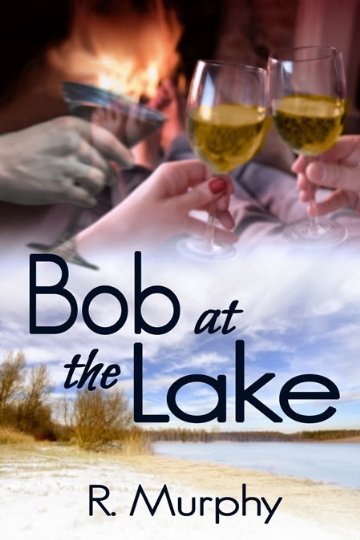 Roz Murphy’s Bob books [Bob at the Lake, Bob at the Plaza] narrate the screwball adventures of a crabby woman of a certain age, the kind grape grower who lives up the hill, and a martini-loving ghost.

“Since I’m the “crabby woman of a certain age” in this scenario, all I pretty much had to do was tell the story of Bob, my pain-in-the-butt martini-loving ghost, and our misadventures here in the Finger Lakes. I usually write early in the morning, while Bob is still nursing his hangover from the night before, since he’ll leave me alone for a couple of hours then.”

“In January 2012, my sister and brother-in-law invited me to celebrate the 90th birthday of a dear friend on the porch of Belhurst Castle for their famous Sunday Brunch. Watching the staff serve up incredible food and fuss over our friend made me wonder about their lives, their hopes and dreams. And wonder about the guests. And wonder about the visitors to the dining room and the spa. So many stories!

The idea for Lakeside Porches was born that sunny winter morning. That said, Tompkins Falls is not an actual city. Chestnut Lake is not Seneca or Canandaigua Lake or any of the Finger Lakes, although it has much in common with several of them. The Manse Inn and Spa is not Belhurst Castle, although the Belhurst may very well be one of the beautiful lakeside inns with a dining porch that serves lunch to the characters from my books.”

It’s Monday of spring break when Professor Lyssa Pennington’s backyard garden project unearths a loaded revolver. With no record of violence at their address and no related cold case, the Tompkins Falls police have no interest. But the Penningtons and a friend with the State Police believe there’s a body somewhere. Whose? Where? And who pulled the trigger? 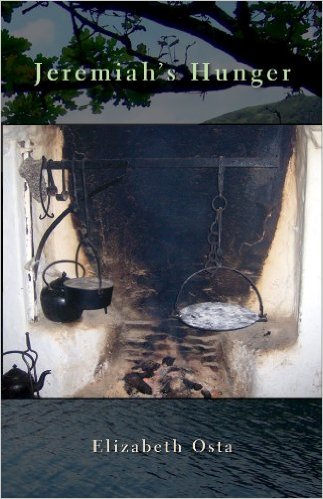 At the height of the Irish famine of the 1840s, in a small town of Ahadallane, north of Cork City and south of Mallow, Jeremiah joins the rebels in the fight for Ireland’s freedom from British rule and learns firsthand the futility of violence. He and his best friend and brother-in-law, Father Michael Riordan disagree about the means to the end and ultimately take diverse paths when Michael is assigned to a parish in America.

Elizabeth took more than a dozen trips to Ireland to research Jeremiah’s Hunger, which is based on her own family history. Currently, she’s working on a memoir about her years in a convent with the Sisters of St. Joseph.

“My research has been chronologically driven.  For Jeremiah’s Hunger, I discovered genealogical records that led the way. For Saving Faith: A Convent Memoir, I am working with a distinct time period (1968-1977) so am able to explore those times historically, culturally, politically and cull the important and relevant facts.  Imagination for the historical fiction and memory for the memoir are key elements.”

Mothering: An Art of the Heart,  Elizabeth O’Toole (along with 8 more moms) 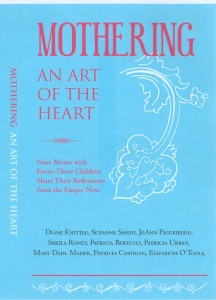 Mothering: An Art of the Heart is a collection of short and engaging stories that celebrate family life, told by nine moms who want to share the wisdom and experience they gained in the process of raising their children. Each story highlights a specific idea or activity that may be used by the readers to enhance their families’ experience as their children grow.

This is not a text book or how-to manual, rather it is a forum where one set of mothers hopes to help another set of mothers by sharing “things that worked” in their families. There are 118 stories in all.