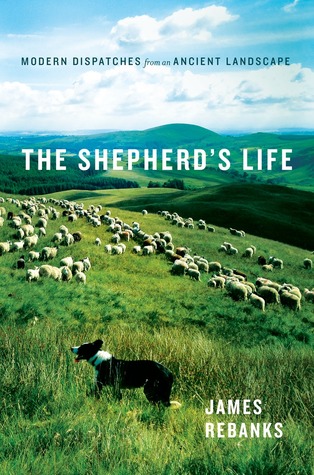 Modern Dispatches from an Ancient Landscape

“…modern life is rubbish for so many people. How few choices it gives them. How it lays out in front of them a future that bores most of them so much they can’t wait to get smashed out of their heads each weekend. How little most people are believed in, and how much it asks of so many people for so little in return.”   The Shepherd’s Life, by James Rebanks

I was so taken with James Rebanks’ recent column in The New York Times, “An English Sheep Farmer’s View of Rural America,” that I requested his memoir, “The Shepherd’s Life,” from the library.

On a recent trip to the United States to promote his book, Rebanks toured Kentucky and saw the economic devastation and dying towns in rural America, caused in part by industrial scale agriculture that has put small farms out of business. In fact, Rebanks was here the week that Trump won the election.

He and his family are sheep farmers in England’s Lake District; they lead a centuries-old way of life. Rebanks is blunt in rejecting the American model of industrialized agriculture. He believes it has wreaked havoc on families, our health, and the environment.

His memoir is a fascinating, day-by-day account of what it means to be a shepherd and adhere mostly to the old ways in a modern world. He takes us through a full year of tending to 900 sheep with his close-knit family and community.

Woven into this shepherding story is a history of Lake District shepherds and a recounting of Rebanks’ coming of age and adult life path. Determined to follow in his ancestors’ footsteps and become a shepherd, Rebanks ended up taking a brief detour to attend Oxford. Then, he recommitted to sheep farming. He went from being an uneducated local boy to a college-educated adult, relatively at ease moving back and forth between these two worlds, but still firmly committed to the old ways.

His views on the tensions between these two worlds makes for provocative reading. As a young boy, his teachers preached that staying on the farm was a dead end, and urged local kids to leave and make something of themselves. As I skimmed through reviews on Goodreads, I saw that some readers didn’t care for Rebanks’ tone, which can be highly critical of the world of so-called progress and intellectuals. But he does have important points to make about the value of his nearly forgotten lifestyle and the happiness and fulfillment it can garner.

He points out that shepherds possess knowledge that has been passed down for thousands of years, though they may never crack open a book.

“The great flocks of sheep are the accumulation of countless achievements at these shows and sales over many years, each year’s successes or failures layering up like chapters in an epic ancient poem. The story of these flocks is known and made in the retelling by everyone else. Men, who will tell you they are stupid and not very bright, can recall encyclopaedic amounts of information about the pedigrees of these sheep. Sheep are not just bought: they are judged, and stored away in memories, pieces of jigsaw of breeding that will come good or go bad over time. Our standing, our status, and our worth as men and women is decided to a large extent by our ability to turn out our sheep in their prime, and as great examples of the breed.”

“They are sheep that show the effort several generations of shepherds have put into them. Each autumn for centuries someone has added to their quality with the addition of new tups from other noted flocks. There is a depth of good blood in them. They are big strong ewes, with lots of bone, good thick bodies, and bold white heads and legs. They return from that fell each autumn with a fine crop of lambs that are a match for most other flocks in the Lake District.”

I especially enjoyed reading The Shepherd’s Life on the heels of finishing Wendell Berry’s Our Only World, which I’ll write about next week. The two books go hand in hand, with similar themes and messages. Wendell Berry (who has been called a modern-day Emerson or Thoreau) has been a life-long farmer in rural Kentucky. On his visit, Rebanks saw the economic devastation there that Berry has written much about.

Here is another excerpt from The Shepherd’s Life that I like:

“I have met and talked with hundreds of farmers, stood in their fields and their homes, talked to them about how they see the world and why they do what they do. I have seen the tourism market shift over the last ten years with greater value attached to the culture of places. I see people growing sick of plastic phoniness and wanting to experience places and people that do different things, believe in different things, and eat different things. I see how bored we have grown of ourselves in the modern western world and how people can fight back and shape their futures using their history as an advantage, not an obligation. All of this has made me believe more strongly, not less, in our farming way of life and why it matters in the Lake District.”

My favorite section of The Shepherd’s Life is about the spring, when the lambs are born– hundreds of them in the space of a few weeks. The shepherds and their families must work nearly 24/7 scouting their acreage for ewes and lambs that might be in trouble due to difficult births or inclement weather. Families must be ready to respond to emergencies at a moment’s notice. It’s a matter of economic survival and an act of devotion. I was entirely caught up in the dramatic tension of these chaotic and miraculous spring days, as told by James Rebanks.

Some new “nature” words I learned:

Fell: An old English word for hill or mountain. A high, wild mountain slope or stretch of pasture.

Heft: to become accustomed and attached to an area of upland pasture. In The Shepherd’s Life, it refers to both the sheep and the shepherd.

If you like unusual memoirs and lyrical nature writing (although the editing of this book could have been improved), The Shepherd’s Life is a wonderful read.

Here is James Rebanks on the shepherd’s life:

Have you read Rebanks’ The Shepherd’s Life or any of Wendell Berry’s work? Or do you have a favorite memoir with a similar theme to recommend?

13 thoughts on “The Shepherd’s Life”