“From 2000 to 2004, five Black young men I grew up with died, all violently, in seemingly unrelated deaths. The first was my brother, Joshua, in October 2000. The second was Ronald in December 2002. The third was C.J. in January 2004. The fourth was Demond in February 2004. The last was Roger in June 2004. That’s a brutal list, in its immediacy and its relentlessness, and it’s a list that silences people. It silenced me for a long time. To say this is difficult is understatement; telling this story is the hardest thing I’ve ever done.

My hope is that learning something about our lives and the lives of the people in my community will mean that….I’ll understand a bit better why this epidemic happened, about how the history of racism and economic inequality and lapsed public and personal responsibility festered and turned sour and spread here. Hopefully, I’ll understand why my brother died while I live, and why I’ve been saddled with this rotten fucking story.”   Men We Reaped, by Jesmyn Ward

Our country is going through something.

Last night, Eminem caused the latest sensation when he debuted “The Storm” on the BET Awards.

All of this makes novelist and memoirist Jesmyn Ward more timely than ever, and she has indeed been in the news a lot lately. This week it was announced that she was awarded a MacArthur Foundation “genius” grant. Her most recent novel, Sing, Unburied, Sing is on the short list for the 2017 National Book Award for fiction. The winner will be announced November 15. (Her first novel, Salvage the Bones, won the National Book Award in 2011.)

I just finished reading her beautiful and heartbreaking memoir, Men We Reaped, about the deaths of five young black men in her community. One of them was her 19-year-old brother, Joshua, another was her cousin.

This was an emotionally difficult read, and Ward has spoken of how it was nearly impossible for her to write. Like Salvage the Bones, her memoir opened my eyes to a part of America and a culture that I’m a stranger to. Ward has a powerful connection to her people and her home in rural Mississippi where she still lives, and she’s eloquent when it comes to expressing hard-won insights about both.

She chose an unusual and I think clever structure for her memoir: Moving forward in time from childhood to adulthood, she tells of growing up poor in DeLisle, Mississippi and paints vivid portraits of her nuclear and extended families and community. Ward weaves into this narrative another narrative that moves backward in time, recounting the lives and deaths of five young Black men, beginning with the most recent death and ending with her brother’s death. This chronology builds to an intense climax, and the two narrative strands illuminate and complement each other.

I found Ward’s depictions of her father and mother to be especially psychologically astute, filled with ambiguities and complexities. She blends her disappointment in their failings with love, compassion, and understanding. It’s apparent that she’s done the hard emotional work of coming to terms with her reality, so as the reader I trust her perspective – it has the ring of truth and authenticity. This kind of understanding must be gained before the writing even begins. Insight deepens with the writing, and each successive draft.

I appreciate that Ward is able to show how a person, and a people, can be brainwashed (see the excerpt below) by their history and culture into believing they are worthless. This sabotages lives; sometimes it’s just not possible for people to pull themselves up by their bootstraps. Men We Reaped breaks down barriers by allowing us to see the world through another’s eyes. 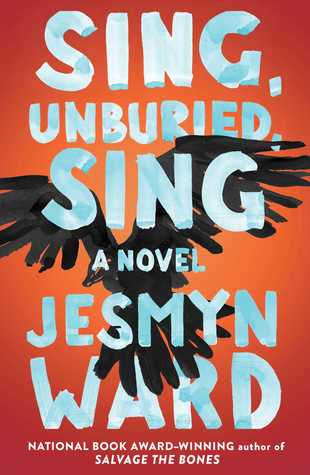 If you enjoy memoir, Men We Reaped is a good one. If you want to sample the National Book Award short list for fiction, Ward’s novel, Sing, Unburied, Sing, would be a great choice. I hope to get to it soon.

“We tried to outpace the thing that chased us, that said: You are nothing. We tried to ignore it, but sometimes we caught ourselves repeating what history said, mumbling along, brainwashed: I am nothing. We drank too much, smoked too much, were abusive to ourselves, to each other. We were bewildered. There is a great darkness bearing down on our lives, and no one acknowledges it.”

“I thought being unwanted and abandoned and persecuted was the legacy of the poor southern Black woman. But as an adult, I see my mother’s legacy anew. I see how all the burdens she bore, the burdens of her history and identity and of our country’s history and identity, enabled her to manifest her greatest gifts. My mother had the courage to look at four hungry children and find a way to fill them….And my mother’s example teaches me other things: This is how a transplanted people survived a holocaust and slavery. This is how Black people in the South organized to vote under the shadow of terrorism and the noose. This is how human beings sleep and wake and fight and survive.”

Have you read any of Jesmyn Ward’s books? Comments?

17 thoughts on “Men We Reaped”