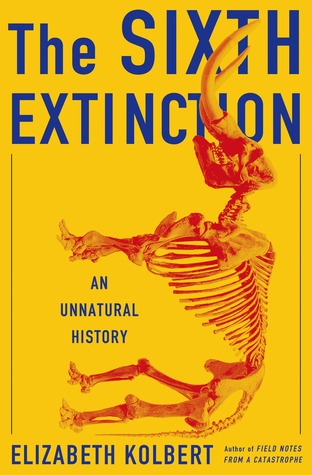 The cognitive dissonance in our culture is deafening.

After I posted this, someone in my Oregon Master Naturalist class tweeted this must-read article, “A Moon Shot to Protect Earth’s Species.” If you do not know E. O. Wilson, look him up and try reading one of his books. He’s an author to know about. Click on the link here for one of his TED talks.

And this happened in the book world:

So many readers have loved and were inspired by Sherman Alexie’s The Absolutely True Diary of a Part-Time Indian, especially young Native Americans and members of other often marginalized groups. (Interestingly, every year this book is on the American Library Association’s list of banned and challenged books.) Many of these fans remain blissfully unaware of the scandal that has befallen the author. Those who know about Alexie’s recent troubles have been saddened and disillusioned. Books, their heroic characters, and the talented writers who create them can make a huge difference in a young person’s life. When these heroes fall, it can be devastating. I was impressed by a recent essay that calls out how we lionize and anoint a single spokesperson for a group, when we’d do better to spotlight a diversity of voices:  “Why Sherman Alexie’s Sexual Misconduct Seems Like a Betrayal.”

The Pacific Northwest Booksellers Association released its new Event Code of Conduct.   It is meant for booksellers, librarians, exhibitors, guests, attendees, and volunteers. The new code states, in part:

Books, their heroic characters, and the talented writers who create them can make a huge difference in a young person’s life. When these heroes fall, it can be devastating.

9 thoughts on “The book I still haven’t read”