Queen of the Fall: A Memoir of Girls and Goddesses, is a collection of linked essays by Sonja Livingston and the If All of Rochester Reads the Same Book selection for 2016.

For the next few weeks, Sonja will be here for readings, signings and discussions at Writers & Books, local libraries, schools, colleges and bookstores.

Sonja is from the Rochester area, and divides her time between Rochester and the University of Memphis, where she teaches writing. The daughter of a single mother and one of seven children (with five different fathers), Sonya has also written a memoir, Ghostbread, about growing up in poverty in the Rochester slums and on the Tonawanda Reservation.

When I read the dedication page of Queen of the Fall, I was surprised and delighted to see this: “For my mothers, actual and acquired, and In memory of Judith Kitchen.”

I wondered: Does Sonja look upon Judith as a mother figure, a kind of midwife who helped Sonja give birth to her own writing?

Yes, she does. So do I, and so do many in the Rochester community. I know Sonja does because, flipping through her essays, I found “Flight,” about the personal essay writing class taught by Judith that Sonja enrolled in many times.

I took the same class from Judith years ago, when I first began writing memoir and essay. Poet, novelist and essayist Judith Kitchen was a professor at SUNY Brockport at the time. She was married to the poet Stan Rubin, also on the Brockport faculty. Both were master teachers beloved by students and the literary community here.

I’d had to wait a semester to get a spot in Judith’s class. She generously added a slot or two beyond the designated maximum enrollment of twenty to accommodate those of us at the top of the waiting list. Judith didn’t have to let us non-matriculated students in, but she did. I think that she welcomed the diversity of backgrounds and generations, because it made for lively, rich discussion and, ultimately, more learning and better writing.

Our class was made up mostly of young people enrolled in the Creative Writing MA program. There were a few women getting mid-life master’s degrees in the class, too. I was in the small group of moms with kids and/or jobs, taking the course as continuing ed, trying to squeeze in the class time, plus the hours of writing and preparing critiques.

Oddly, I sat next to another mom with young children who also happened to be writing about having a mother with schizophrenia. I wasn’t sure I liked that so much, but on the other hand we “got” each other. We were of the same tribe and found our own experiences validated in each other’s writing. 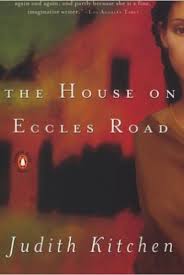 I remember those three-hour sessions every Tuesday evening, all of us crowded around a large conference table in an undersized room. Usually, two people were in the hot seat: the writer whose essay we were critiquing, and the student moderator leading the critique.

Being the moderator was nearly as stressful as having 20+ people deconstruct and critique your writing. Judith wanted us to practice and learn the art of critical reading and the art of leading a successful writing workshop. She knew the value of writers in community and that the best way to learn how to write is to learn from one other. So, in addition to our writing assignments, we were required to come to class prepared to intelligently discuss our classmates’ essays, having read them thoroughly and marked them with comments.

Judith was strict in her expectations, but she was also kind and nonjudgmental. This is crucial in a writing teacher, especially in a college setting where you have new, young writers grappling with their innermost secrets and shames and confessing them on the page, perhaps for the first time.

I wrote a couple of essays about my family, my mother, schizophrenia, and the boy I loved. I shared with the class stories I’d never told before and listened to their comments.

One classmate’s essay in particular has stayed with me all these years. He wrote about a long night of partying. Beer after beer, shot after shot. The girl he was madly in love with. (Who he was still madly in love with; it was all over every page and you could see it in his eyes as he listened to our comments.) The girl who didn’t know he was alive. The girl whose long blonde hair he pulled back and held as she vomited into a toilet.

I don’t think he was confident of his own potential and, for sure, he knew before we said anything that he hadn’t nailed it, this unrequited love he was trying to write about. I think this boy and his essay got to me because I had two sons on the young side of their teen years. I realized that I was old enough to be this writer’s mother, old enough to be the mother of all the young writers in the class. I knew that I would never hear about my own sons’ loves in this searing detail, because that is not what sons tell their mothers. I knew this boy’s mother would likely never hear the story her son was trying to tell us.

I wanted to offer him something helpful and constructive, but I was mystified. I, too, was finding that, when it came to writing about my own first love, I was at a loss. How do you write about love in a way that is not sentimental or cliche, but authentic, vivid, new?

In autobiographical writing, you need to learn how to methodically unearth your personal land mines without letting yourself go crazy all over again. Then, with focus, presence of mind, patience, and persistence, you teach yourself the craft of writing. Draft after draft, you learn how to spin your most intense life experiences and emotions into storytelling gold. It becomes not about you anymore. Your exquisitely cut but imperfect gem of a story (it will never be perfect), the only one like it in the world, is ultimately for the reader.

Maternal is the word I think of now to describe Judith Kitchen. The way she created a safe, nurturing, supportive place for new writers to learn how to do this.

In class, my comment to the boy writing about the girl he loved was only to say something that would help him feel some kinship in his struggle. I said I thought writing about love was one of the hardest things and I was trying to figure out how to do it, too. I told him his writing was, for me, authentic and deeply felt, and that I thought if he kept writing but didn’t try to force it, eventually it would become what it was supposed to be.

A few years after I took her class, Judith and her husband moved to Port Townsend, Washington, where they founded the Rainier Writing Workshop. It is a unique, 3-year low-residency program. Its focus is not on achieving heights of literary prowess or publication or prizes, but on helping students find for themselves a sustainable, lifelong writing practice. A worthy goal.

Judith passed away in 2014. Years after Judith left Rochester, there are a handful of writing groups that originated from her classes that are still going strong.

Next week: Sonja Livingston’s Queen of the Fall and Ghostbread.

Have you had a writing teacher or artistic mentor who has influenced you and helped you along on your creative path?