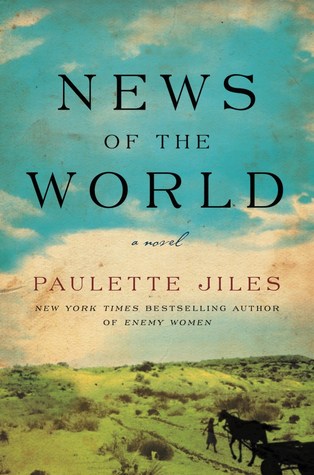 “Maybe life is just carrying news. Surviving to carry the news. Maybe we have just one message, and it is delivered to us when we are born and we are never sure what it says; it may have nothing to do with us personally but it must be carried by hand through a life, all the way, and at the end handed over, sealed.”  – Paulette Jiles, News of the World

I took a break to work on my memoir, and here I am again, with a series of posts to highlight books that I think will make great holiday giving and that speak in some way to our fraught post-election times.

Despite a few setbacks – an unexpected election outcome and the death of a beloved aunt – I managed to finish the memoir draft, though I still have to edit and trim the last fifty pages or so.

Then it’s on to the next draft, with more editing and cutting. The manuscript is 132,922 words. Somehow, I have to get it down to 90,000 words or so. Actually, I don’t find cutting that difficult, it’s the honing and rewriting that seem to never end.

I don’t know how many drafts Paulette Jiles wrote of News of the World, but if you are looking for a beautiful, deeply affecting work of fiction to give as a holiday gift or to add to your wish list, this is the perfect novel.

At about 200 pages, it is a gem I will definitely read again. I got my copy out of the library, but I wouldn’t mind adding the novel to my book collection. This was my introduction to Paulette Jiles, who is an exquisite writer.

It’s not often I’m so affected by a story. I immediately fell in love with Captain Jefferson Kyle Kidd, a widower based on an actual historical figure, and the complicated character of Johanna Leonberger who, for the second time in her short life, is thrust out of one culture and into another.

In News of the World, Captain Kidd has lived through three wars, fought in two of them, and makes an itinerate living reading newspapers from around the world for ten cents a ticket in the isolated towns of north Texas.

In exchange for a $50-dollar gold piece, Captain Kidd agrees to deliver unwilling ten-year-old Johanna back to her relatives. She had been four years with the Kiowa, who kidnapped her and killed her parents and little sister. Now she has been traded back by the Kiowa to the US Army, in exchange for blankets and a set of silver dinnerware.

Fully assimilated into the Kiowa culture, Johanna has forgotten virtually everything about her former life with her birth family. She does not want to return to the “civilized” world.

News of the World is about Jefferson and Johanna’s dangerous 400-mile journey from Wichita Falls to San Antonio, Texas in 1870 in a hostile, post Civil War landscape, and the relationship that develops between this elderly widower and the young girl.

“Maybe we have just one message, and it is delivered to us when we are born and we are never sure what it says; it may have nothing to do with us personally but it must be carried by hand through a life, all the way, and at the end handed over, sealed.”

Along the way, Captain Kidd reads his newspapers to the town folk. In this post-war time, passions are still running high, and there is much bitterness, division, and conflict in everyday life. Does that sound familiar? But for a time, the townspeople are lifted out of their own locality by news of the world.

“He began to read to his audiences of far places and strange climates. Of the Esquimaux in their seal furs, the explorations of Sir John Franklin, shipwrecks on deserted isles, the long-limbed folk of the Australian outback who were dark as mahogany and yet had blonde hair and made strange music which the writer said was indescribable and which Captain Kidd longed to hear.

He read of the discovery of Victoria Falls and sightings, real or not, of the ghost ship The Flying Dutchman and an eyewitness account of a man on the bridge of that ship sending messages by blinking light to them, asking about people long dead. And before these tales for a short time Texans quieted and bent forward to hear.”

Jiles deftly portrays the nuances of characterization and psychological motivation in riveting scenes between Johanna and Captain Kidd that build to a powerful climax. Of Johanna Leonberger she writes:

“She never learned to value those things that white people valued. The greatest pride of the Kiowa was to do without, to make use of anything at hand; they were almost vain of their ability to go without water, food, and shelter. Life was not safe and nothing could make it so, neither fashionable dresses nor bank accounts. The baseline of human life was courage.”

News of the World was nominated for the National Book Award.

Have you read News of the World? Are there novels that you are dying to press into the hands of your reader friends this holiday season?

10 thoughts on “News of the World”