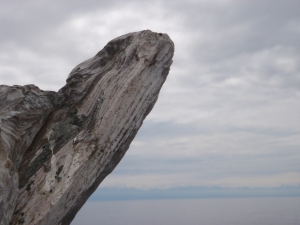 In my last post, I said the women fared better than the men in Charlotte Rogan’s book The Lifeboat.

Once the survivors are back on land, though, it’s still a man’s world.

Narrator Grace Winter is on trial for murder. In 1914, all the lawyers for the prosecution and the defense are men. The judge is a man. All the laws were written by men. The psychiatrist appointed to appraise Grace’s sanity and her true motives is, of course, a man.

Reading The Lifeboat and trying to imagine what the characters and the times were like, I recalled scenes from Titanic, the movie. I thought about Rose (Kate Winslet) being pressured by her mother to marry the wealthy son of a steel magnate to save her family from financial ruin.

Then there is Downton Abbey’s Mary Crawley of the same time period, disinherited from the family fortune by a distant male cousin.

In fact, Grace is on the lifeboat in the first place because she was on her honeymoon voyage, having pulled off marrying the already-engaged banker Henry Winter to save herself from having to be a governess.

A seismic male-female battle occurs in The Lifeboat, but it is never really acknowledged or spoken of aloud. Some of the most revealing dialogue occurs in whispers among the desperate survivors.

We can see where the conversation about gender issues is at a century later by reading the provocative piece published in The Atlantic this past week. Written by Anne-Marie Slaughter, it’s called “Why Women Still Can’t Have It All” (not my first choice for a title.)

Slaughter quotes Facebook COO Sheryl Sandberg: “Women are not making it to the top. A hundred and ninety heads of state; nine are women. Of all the people in the world, 13 percent are women. In the corporate sector, [the share of] women at the top….tops out at 15, 16 percent.”

Quote: Slaughter, Anne-Marie. “Why Women Still Can’t Have It All,”  The Atlantic, July/August. 2012.

4 thoughts on “In Rogan’s The Lifeboat, it’s a man’s world”